Brad Thompson, a native of New Orleans, was born in December of 1953. Although he had an interest in art as a child, his true talent was not discovered until he completed his first painting in a high school art class. His intense love for color along with an impressive attention to detail was then realized. From the very first painting until now, there has been one continuous desire, to create the illusion of a three-dimensional image on canvas that looks so real you could walk right into the picture. His exceptional ability led him to the University of Southwestern Louisiana where he received his Bachelor of Fine Arts. As a Junior in College, he was discovered by World renowned art dealer Merrill Chase, who traveled to most of the major cities in the United States in search of outstanding yet unknown talent. After looking at the work of over five hundred artists, there were only six that Mr. Chase selected and Brad’s work was number one on his list. His paintings were then exhibited side by side with the nation’s all time most successful artists, such as Norman Rockwell and Leroy Nieman in a Bicentennial National Art Show in Chicago. Brad was only twenty-two years old at the time.

Because of his Louisiana heritage he is best known for his depictions of Historic New Orleans scenes, Antebellum and Victorian architecture, florals and wildlife.

His original oil paintings today are owned by prominent people all over the world and over eighty thousand prints of his work have been sold. He has won seven first place wildlife awards in statewide competitions including La. Ducks Unlimited Artist of the Year for 1986.

He has also been interviewed numerous times on radio and television, for newspaper and magazine articles. Brad has over ninety of his original oil paintings now in print. He has been continuously commissioned to do work for all sorts, such as the official painting and poster for the Louisiana Wildlife and Fisheries Museum, the official painting and poster for Pete Fountain and his Half Fast Walking Club, and also the exclusive painting and prints commissioned by the Nottoway Plantation the largest plantation in the south.

Although Brad’s talent is loved and admired by thousands, he openly acknowledges that it’s through faith and a personal relationship with God, the creator of all things, that his own creativity is coming to maturity. 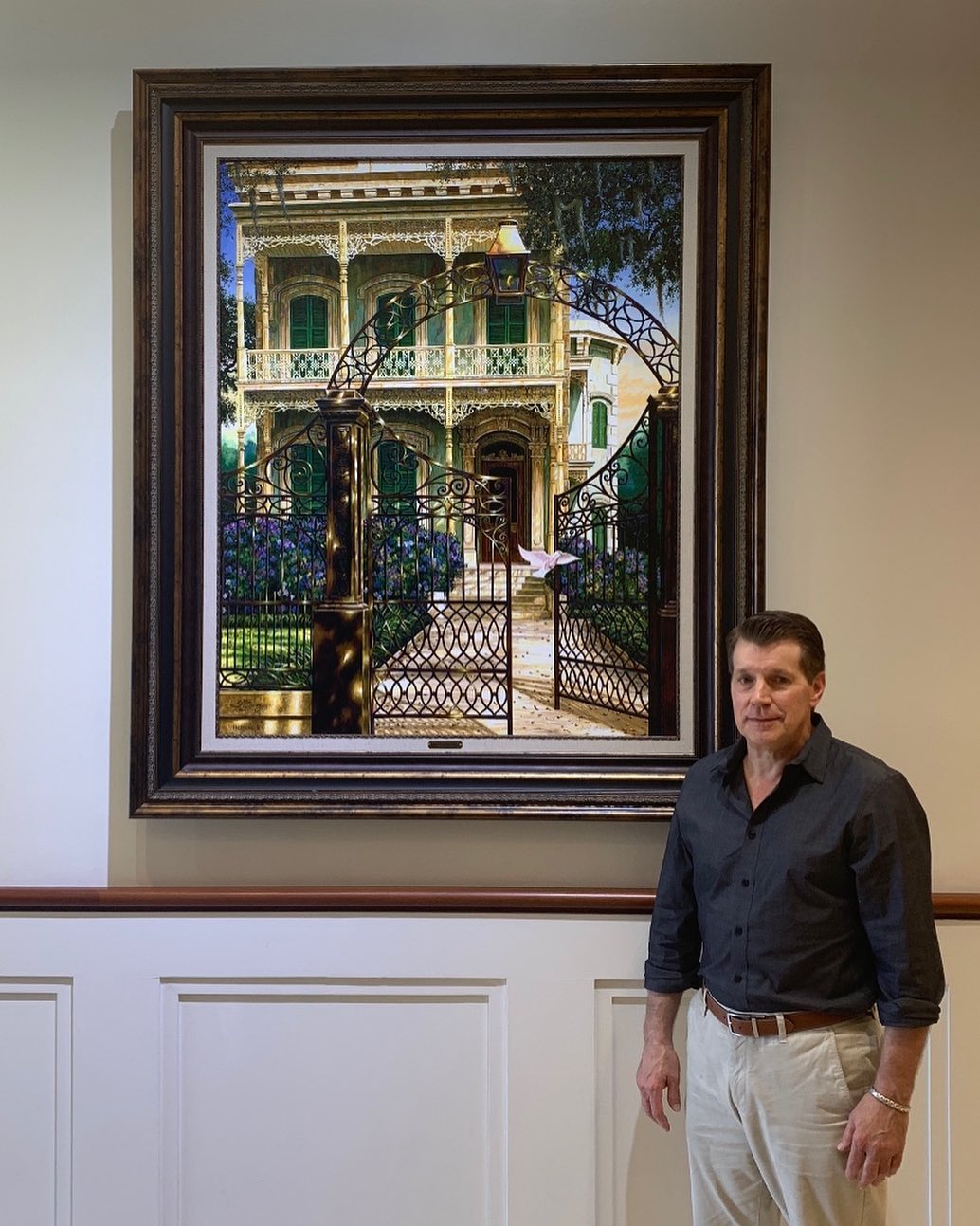 Simply call, visit or fill this form out and we will gladly work with you so you can have a piece of my work hanging in your home or business forever.

Brad Thompson Gallery is located inside Jax Brewery on Decatur St. There you can see one of a kind originals and purchase framed works from Brad’s diverse portfolio.